Soba Cha from Nagano, Japan
Roasted buckwheat tea. It has a mild toasted flavour. It contains a large amount of the antioxidant lutin. It can be used to sprinkle on salads straight from the package or, once brewed can be cooked with rice. Naturally no caffeine.

Mugi Cha from Ishikawa, Japan
This organic barley tea has been gently roasted at a low temperature to enhance its mild flavour. No caffeine.

Sannen Bancha from Nara, Japan
Organic Sannen Bancha is the stem of the tea plant which has been picked only after three years. It is then slowly roasted over a wood burning fire. After which it is rested for over 6 months. It is a warming tea, very low in caffeine.

Hojicha from Kyoto, Japan
Naturally grown with no fertiliser. This Hojicha is made by roasting Sencha at a very high temperature. It has an easy to drink smoky aroma and taste and is very low in caffeine.

Add your review
0 stars based on 0 reviews
stocking fillers / 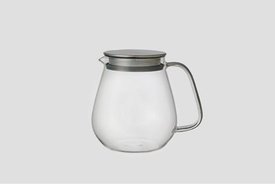 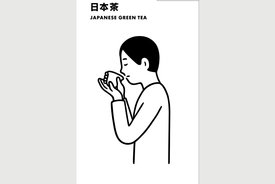 This book proposes how to enjoy Japanese tea based on the advice of four specialists. Introducing 35 locations in Tokyo, including Japanese tea cafes and teahouses. There are many plans to learn about Japanese tea.
* This is a bilingual Japanese-English
Add to cart
Tokyo Artrip - JAPANESE GREEN TEA
£18.00
© Copyright 2022 tokyobike London