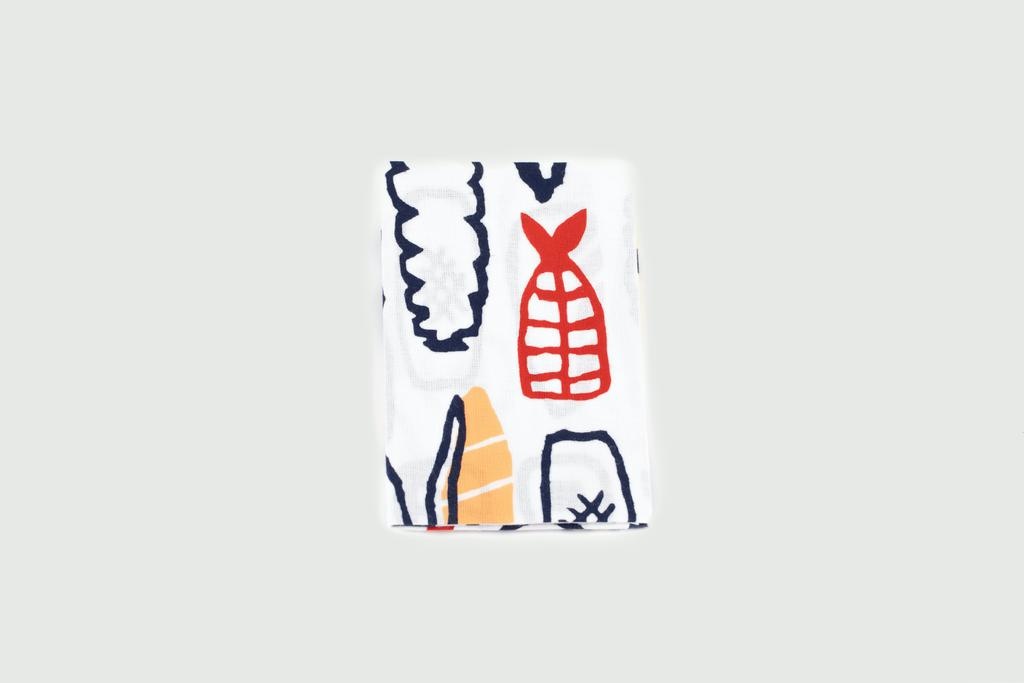 Tenugui are hand-dyed rectangular cloths, traditionally used in Japan as functional everyday housewares / garments. Kamawanu create Tenugui using the "CHUSEN" hand-dyeing technique, which dates back to the Meiji Period more then 100 years ago and is still used by craftspeople today who value its refined textures and visual qualities. Since its establishment in 1987, Kamawanu has developed more than 500 different Tenugui patterns bringing new life to the "Chusen" hand-dyeing tradition, including the training of apprentice "Chusen" craftspeople.

Komon means "little patterns" in Japanese.  This is a collection of Tenugui with Komon Modern patterns which have been added in recent years. Motifs are taken from common housewares, foods, etc. in modern Japan.